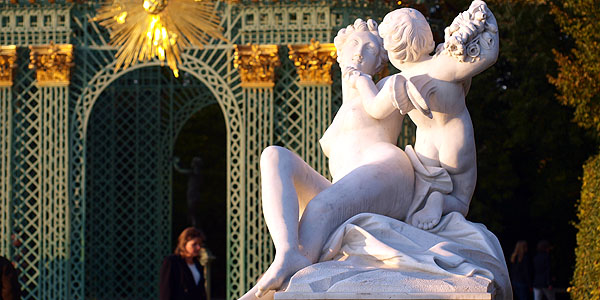 Potsdam is located southwest of Berlin, 30 km away from Berlin`s historical city-centre. Within about 40 minutes you will reach one of the most beautiful cities of Germany. 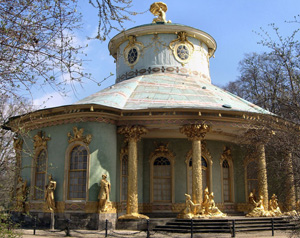 Under the Prussian king Friedrich II. Potsdam developed from a little village far away from old Berlin to an important residential and garrison city.
Here the “Old Fritz” seeked refuge from political business in the capital Berlin. Here he built his summer residence, his favorite palais Sanssouci, which means “carefree”.

With Frederic the Great Potsdam became the favorite town of all Prussian kings, kind of a paradise and dream place. Every king invested a lot here and erected beautiful mansions, castles, baroque and natural landscape parcs, very much inspired by english garden culture.
Today Sanssouci Palace attracts millions of visitors every year – it is meant to be the prussian Versailles, though it is by far smaller than the castle close to Paris.

The cradle of Germanys film-industrie

In the 1920s Potsdam-Babelsberg became the centre of Germanys film-industry, the most influencial film company was the UFA. Many UFA stars settled down here, close to the studios. They lived in wonderful quarter with villas mostly of the 19th century. Also these quarters are worth a visit today. 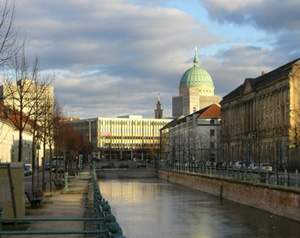 During the air raids of  World War II the city centre of Potsdam was destroyed up to 90%. And many damaged buildings which could have been safed were pulled down later by the GDR after the war, like the baroque city palace and the garrison church.

During Cold War Potsdam became a stronghold of  the Sowjet Army, the KGB headquarter was here, also a KGB prison. It was the time when Glienicker Bridge, the bridge between West-Berlin and Potsdam, became a symbol of Cold War and separation. The bridge was known as “bridge of spies”. Here they exchanged spies. The most famous spy exchange was in 1962, when they exchanged here the russian spy Abel against Gary Powers, the U2 pilot shot over Russia before.
Potsdam deteriorated, the former upmarket quarters were in ruins, the many palaces were neglected, the city was just run down.
Exception of the role: Cecilienhof Palace. Because of the Potsdam Conference in July/Aug. 1945 The “Big Three” – Churchill, Truman and Stalin – met here – for the GDR government it was a place of utmost importance. It was refurbished and open for tourists. 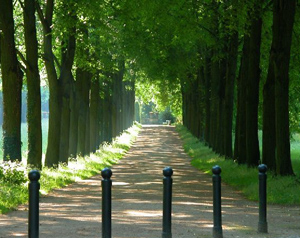 After the reunification the Foundation Prussian Palaces and Gardens took over and the wonderful historical sites of Potsdam were refurbished or reconstructed. Also the fabulous City Palace was rebuild. In 1990 Potsdam became a protected Unesco World Heritage Site.
Today the city, the palaces – above all Sanssouci Palace – the baroque and natural landscape gardens and also Potsdam`s beautiful environment are a must for visitors.

During a visit of Berlin enjoy a “day off” Germany`s bustling capital. On a relaxing and truly also the beautiful city centre with Baroque and Dutch Quarter, a unique settlement in a dutch style. You will love it.

During our Potsdam full day tour our knowledgeable guide will tell you about the different aspects of Potsdam history –  from the reign of Frederic the Great to the time of Frederic Wilhelm II., who introduced Italian architecture and atmosphere here. From the German Empire to WW II and Cold War –  the levels of history a still present.
And be fascinated by natural beauty of the many gardens and waterways in and around the city.

On a Potsdam full day tour
we will show you e.g. the following highlights:

Best of Potsdam – a perfect day for you!