An exciting walking tour through the old town of Spandau

The old town of Spandau is a gem. Idyllically situated on an island in the Havel River, it is hard to believe that we are still in the metropolis of Berlin.
However, this is also home to its own people. So far away from the noisy city, it is rather difficult for the Spandauer to call himself a “Berliner”. 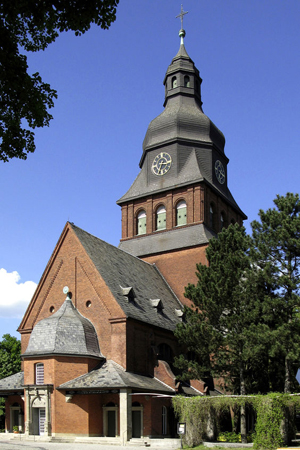 In fact, Spandau, like Köpenick on the opposite side of Berlin, was founded as a Slavic settlement and is much older than Berlin.
In 1232, the settlement was granted city rights by the Ascanian dynasty, but it was not until the founding of Greater Berlin in 1920 that Spandau was suburbanized into the booming metropolis.
Spandau is home to one of the oldest surviving Renaissance fortresses in Europe, which is now extremely popular as a concert venue in summertime.

During our guided tour of Berlin Spandau, you will get to know the winding old town from its most beautiful side.
Walk with our knowledgeable city guide to the Kolk, the oldest settlement area of Spandau and along the Havel River – or to the Gothic House, one of the most important medieval monuments and the oldest building in Berlin.
In the centre of the city is St.Nikolai, an extremely imposing medieval church.

Other buildings worth seeing are on the way and our humorous guide knows many anecdotes to tell about burghers, merchants, military and other personalities.
A walk through the largest and oldest pedestrian zone of Berlin is of course also part of this exciting walking tour in Berlin Spandau.