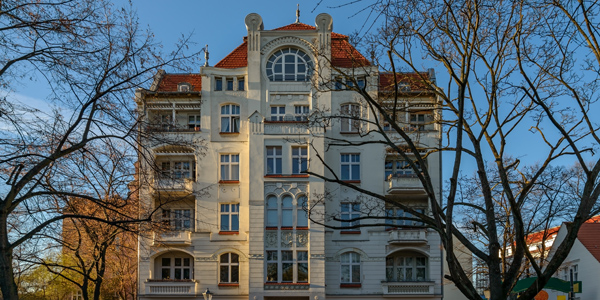 An exciting walk through “Bohemian-Rixdorf”

If you stroll through Berlin’s Neukölln district near Richardplatz, you might think you’re in the countryside in some corners and far away from the metropolis of Berlin. Small 18th century houses enclosed by old walls, in lush gardens – an idyll.
At Richardplatz, the former village green of Bohemian-Rixdorf, the stroller is delighted by the Bethlehem Church, the late medieval village church built with fieldstones. Here you can also find the historical blacksmith’s shop. It was first mentioned in a document in 1624, and forged goods are still made here – it’s hard to believe that you’re in the middle of Berlin. 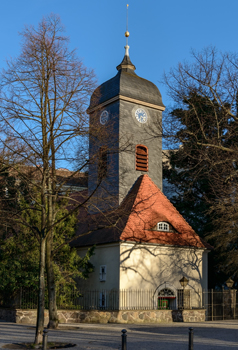 In 1737, a village was founded here by bohemian protestants – religious refugees. They were allowed to settle here at the invitation of the Prussian King Friedrich-Wilhelm I and founded then “Bohemian Rixdorf”.
During the population explosion in the 2nd half of the 19th century, Rixdorf grew – the typical Berlin tenement housing estates were also built here.
Rixdorf gained fame at the end of the 19th century, the local nightlife became notorious. “In Rixdorf is Musicke” was the motto – (in Rixdorf is music).
In 1912, on the birthday of Wilhelm II, the district was renamed Neukölln; Rixdorf had become too much of a symbol for raunchy entertainment.

Today, Neukölln-North, to which old Rixdorf belongs, shows an exciting mix of trendy neighborhood (“Kreuzkölln”), migrant-influenced life and village idyll – not free of conflicts, but a lively, livable place of contrasts. The old Bohemian-Rixdorf continues to exist, with its gardens, such as the wonderful Comeniusgarten, historic buildings of the 17th century, upper middle-class villas, tenements – with Berliners, newcomers, hipsters and tourists.

Let our knowledgeable guide show you the old Bohemian Rixdorf during our private walking tour through Berlin Neukölln and explain the upheavals of the last 250 years – an exciting, sometimes nostalgic, sometimes controversial look into past and present.