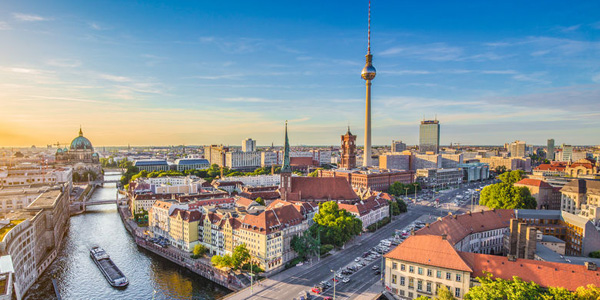 Searching for traces in the Nikolai Quarter and the Monastery Quarter

Discover old Berlin with us.
We will take you to where it all began.

The Nikolai Quarter is considered the cradle of Berlin. In the Middle Ages, a small trading settlement – Berlin – was located on the eastern bank of the Spree. A ford across the Spree ran here, and goods could be conveniently transported across the river.
On the western bank there was another settlement – Cölln. This name is still remembered today by the district of Neukölln. 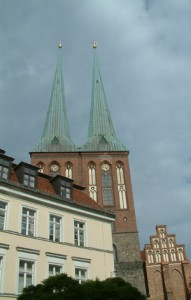 The Nikolaiviertel (and also Cölln) was completely destroyed during the air raids of the 2nd World War. The GDR later had the remains removed.
On the occasion of the 750th anniversary in 1987, the historic quarter was rebuilt. Unlike in the surrounding area, care was taken here to preserve the old street layout.
The Nikolai Church was destroyed down to the foundation walls and was reconstructed true to the original. It is (actually) the oldest church in Berlin. Around the church still gets the best impression of the old Berlin.
Nearby impresses the beautiful Ephraimpalais, the rococo facade is amazingly preserved. The Kurfürstenhaus on the banks of the Spree with its Renaissance facade is also worth seeing – as is the “Nussbaum”, a pub where Heinrich Zille and Claire Walldorff frequented. However, in the original – today’s Nussbaum is only a reconstruction, but very cozy and certainly worth a visit.

So today the quarter is quite cozy and popular with tourists, although there are hardly any really old buildings left. Critics called the quarter therefore also gladly “Honecker`s Disneyland”.
Nevertheless, it is worthwhile to take a stroll here with our guide and let yourself be transported back to the old times. 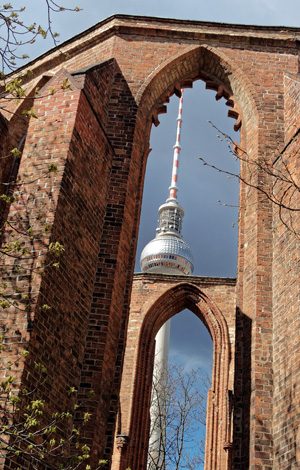 Crossing the giant intersection at the disappeared historic Molkenmarkt, you reach the Stadthaus. The monumental building with a domed tower was created at the beginning of the 19th century as an extension to the Red City Hall. Obviously, the available space was no longer sufficient for the administration of the growing city.
Behind the impressive building is the enchanted monastery quarter. Much quieter than the Nikolai Quarter, it is also worth a visit for this reason. Here you can discover some evidence of medieval Berlin.

The Monastery Quarter takes its name from the Grey Monastery, a Franciscan monastery. Only the ruins of the monastery church are still preserved. On Klosterstraße, once a noble address, the Reformed Parochial Church from 1695 is impressive – damaged in the war but not destroyed. Rebuilt in 1952 by the East Berlin Senate, the baroque Palais Podewils, in GDR times “House of Young Talents,” is now used for various events.
Just a few meters away, our guide will be happy to show you the only remaining section of the medieval city wall. Around 1660 it was demolished and replaced by a fortified ring further out. Almost 100 years later, this was in turn replaced by the Aczisemauer. A customs wall that already lay beyond Alexanderplatz. Berlin grew.

Right next to the old city wall, the “Letzte Instanz”, Berlin’s oldest restaurant, founded in 1621, invites you to linger. Here you can end our tour in a pleasant way with food and drink – in summer also in the beer garden.

Highlights of the trail