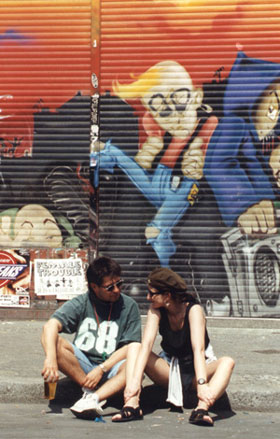 Kreuzberg ist probably the most exciting Berlin district. Partly destroyed during the airraids of WW II, it became Berlins Montmartre during the Fifties. The from 1961 on Kreuzberg was suddenly was surrounded from 3 sides by the Wall – which had consequences.
In the mid-sixties Kreuzberg became a migrant quarter, mostly turkish people settled down here. But also many youngsters loved Kreuzberg because of its atmosphere and the low rents.
Today is Kreuzberg a multicultural place with bustling nightlife and lots of galleries, concert halls, clubs – but also with problems like social conflicts and gentrification.

Learn more about the diverse Kreuzberg neighbourhood,
a fascinating part of town indeed.

Please let us advise you: