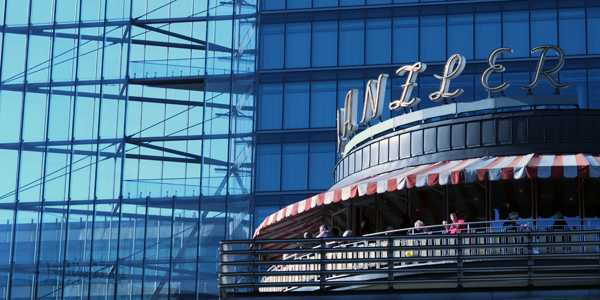 Most of Berlins historical sites are located in the old city centre east of the Brandenburg Gate. They were part of East-Berlin, capital of the GDR.
But also West-Berlin has quite a few attractive sites …
During this bus tour we will show you Kaiser-Wilhelm-Memorial Church and Kurfürstendamm, the grand boulevard of Charlottenburg – the “Rich West”, as this district was called before the war. We pay a visit Charlottenburg Palace, reconstructed in the 1950s, or the huge Olympic Stadion, built by Hilter due to the Olympic Games in 1936.
Also we drive by the townhall of the district Schöneberg –  once the townhall of West-Berlin, where John F. Kennedy held his famous speech in 1963, saying “Ich bin ein Berliner” (I am a Berliner)