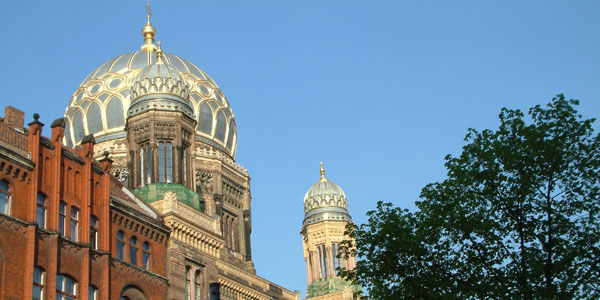 Through the old jewish quarter

Before World War II Spandauer Vorstadt, also known as “Scheunenviertel”  was a quarter with a high share of jewish population – since the 17th century.

The consequences of the Nazi-rule are still present, but today you will find here again a growing jewish community with a vital cultural life.

Enjoy during this important walking tour Jewish Berlin a unique quarter, rich of jewish history. Visit the oldest jewish cemetry in Berlin or the New Synagogue from 1864, opened under the presence of chancellor Bismarck. Also the former factory of Otto Weidt, kind of a Berlin Oscar Schindler,  is a must.

Learn how important the jews were in culture and commerce for the city – before the Nazis destroyed everything. Most of the Berlin jews were liberal. Primarily they considered themselves to be Germans and after this they were Jews …

Highlights of this tour: